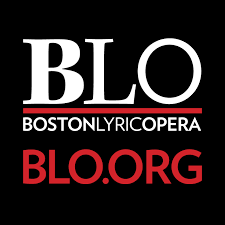 As London scrubs up for the coronation, the police cut deals left and right to keep the filth out of sight. Meanwhile, Mr. and Mrs. Peachum’s daughter can’t be found…and a notorious gangster is back in town. A landmark 20th century work rarely performed by a professional opera company, The Threepenny Opera sends up a satiric critique of capitalism and the meaning of morality when living in the slums.  Michelle sings the role of Mrs. Peachum.

“Michelle Trainor as Mrs. Peachum nearly stole the show every time she appeared on stage, which was not often enough. Loud, vulgar, with an outsized presence, she had the pizzazz the show desperately needed. (BTW, Trainor, a veteran of the BLO’s “emerging artist” program, is turning out to be the best dramatic soprano in town – just a couple of weeks ago she delivered a very fine Jocasta in Stravinsky’s “Oedipus Rex” for Emmanuel Music, an entirely different sort of role.)” ~David Bonetti, Berkshire Fine Arts, 3/19/18

“The company assembled an excellent cast of young, singing actors who brought off to perfection the music, the dialogue and the comedy…Equally amusing was Michelle Trainor’s outrageous performance as Polly’s raucous mother. ~Ed Tapper, Edge Media Network, 3/19/18

“Michelle Trainor playing Polly Peachum’s mother with a Brooklynite-esque bravado that delivered both a ton of laughs and one of the more memorable pre-show announcements about cell phones I have seen in the theater. ~Arturo Fernandez Schmopera 3/24/18

“Although rarely performed by a professional opera company, Boston Lyric Opera and Director James Darrah have brought together an ensemble of artists whose acting skills pair nicely with their stellar vocal talents to distinctively portray the cast of memorable characters. Across the board, the characters are brought to life and Weill’s score is beautifully conveyed by these major players…Michelle Trainor (Mrs. Peachum), oozing malevolence and the perfect helpmate to her husband.” ~Nancy Grossman, Broadway World, 3/20/18